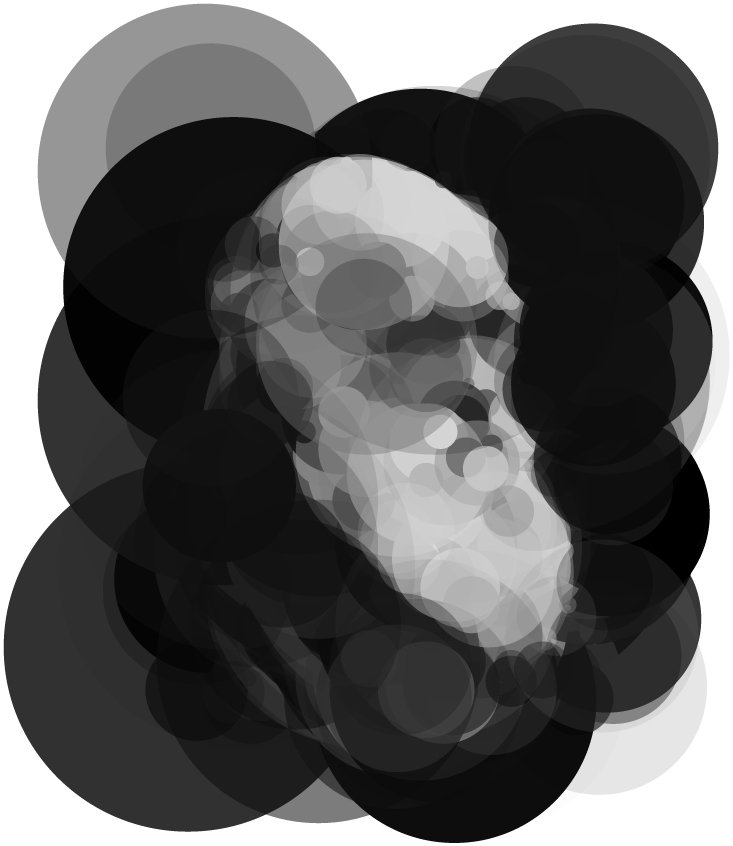 I’ve worked out how to write images in the SVG file format, so I can create scaleable images with smooth circles. It turns out that SVG very similar to (or maybe a type of) XML, so learning XML has turned out to be quite helpful already. Being able to create SVG images using Python should be very useful in the future. The image is of the SVG version of Darwin evolved using 256 circles over a million generations, showing how much smoother the circles are compared to the PNG images I have been using. I zoomed out to show the surrounding circles, which I think creates a very organic image, whatever that means.